Ben qualified as a Chartered Accountant in 2000. He worked in Amsterdam from 2001-2003 with ProLogis, an American real estate company. Married to Aoife with three children, he enjoys photography, hillwalking and old cars. He is involved with charities in Ireland and a development charity based in Zambia.

Keith qualified as a Chartered Accountant in 1998, having trained with PWC (then Coopers & Lybrand). He worked in Moscow, New Zealand and London for a number of years before returning to work with Lewis & Co. He is married to Sinead and has one child. He enjoys walking and travel, and is involved with church activities in Maynooth as well as other charities. Keith comes from a farming background near Celbridge, Co Kildare.

Martin has been the longest with Lewis & Co, moving with Gordon to set up the new firm from Pannell Kerr Forster in 1982. He trained with Ormsby & Rhodes and has over 35 years experience working with small businesses. He is married to Sarah and they have three grown up children, they live in Greystones, Co Wicklow.

Gordon founded the firm in 1982, having been a partner in Pannell Kerr Forster and Ormsby & Rhodes, he also worked with Unilever in London, with Gouldings and Robson Morrow in Ireland, and later in Guyana and southern Africa (where he met his wife Jennifer). They live in Kilmacanogue Co Wicklow, where their three children grew up. He is on the board of the Dublin Christian Mission and other voluntary bodies. He is semi-retired but still puts in regular appearances!

Sinead joined us in 2018 to take up the role of audit manager. She has considerable audit and accounting experience, having completed her training in Grant Thornton and has worked on many large audit clients, she has experience working in banking and in industry also. She trains regularly with Crossfit gym and encourages us to have healthier lifestyles! 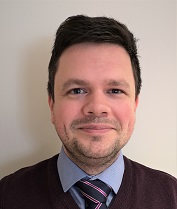 Philip (Phil) joined us in July 2019, and he deals with many aspects of taxation, accounting and audit. He is a qualified Chartered Accountant and additionally has a Diploma in Taxation from the Institute of Taxation in Ireland. He comes from Sligo originally and has spent many years working in practice and industry roles in Dublin. He is involved in Bray Hockey Club.

Declan looks after our payroll and bookkeeping functions as well as other areas. He is working towards completing his accounting technician qualification in 2019. He is a keen DJ and has a daughter in primary school.

Jean has worked with our clients for many years as an experienced bookkeeper, she enjoys travelling to Australia to visit her sons there.

Tim joined us in 2018, he has a diploma in aircraft leasing and an engineering degree already and is now completing an accounting and finance degree for good measure. He is a fan of nice cars and has a keen interest in golf as well as other sports.